The combined GDP of Spanish-speaking countries totals over $6 trillion – making Latin America a key emerging region for growth that is essential for market research. However, LATAM is a highly dynamic region that presents both challenges and opportunities for market research. For starters, it consists of four geographical regions, 33 countries and is home to over 655 million people and with significant differences in terms of size and economic performance across LATAM, as well as social and political differences, it can be tricky to penetrate the market and adapt market research approaches accordingly. So, if you’re a participant recruitment agency thinking about conducting a market research project in Latin America, here are four important things to think about:

First things first, privacy. The top 5% of LATAM society – which controls roughly 50% of the disposable income – is very sceptical about sharing information online or over the phone with researchers. This means that it’s really important to have a privacy policy in place, along with a clear statement that declares your policy on collecting and releasing information about your participants. Your privacy policy statement should also be easily accessible for all of your research participants so that they are aware of the policy and exactly what it entails.

As researchers, privacy is both a priority and a duty, and it’s essential to work according to the industry code of conduct – but remember that privacy policies can change depending on where you are conducting research, which means you will need to fulfil all legal obligations that apply depending on where you are collecting data. Many countries outside of Europe, such as Brazil, for example, have approved legislation for the collection and storage of personally identifiable information – so it’s important to make sure you comply with the necessary regulations depending on where in Latin America your research is taking place.

Political and economic status can have a huge influence on both spending power and market research – so when conducting market research in any foreign country, it’s really important to know the current state of that country. This is even more important when researching developing countries such as Latin America. When it comes to politics, for example, is the country democratic or communist? Is there a current political crisis that could impact research, such as the crisis in Venezuela? You should also consider economic status, too. Not all countries in LATAM have the same behaviours and consumption habits and economic status can vary considerably between countries or even from one neighbourhood to another.

All of this can have a big impact on research. For example, internet penetration remains low among socio-economic classes in LATAM, yet online studies are best for reaching the upper middle classes. However, with many Latin Americans leaning towards mobile devices over desktop for internet use, you’ll need to make sure your research platform is mobile optimised. In addition, more than 25% of businesses and homes don’t have landlines and calls abroad are very expensive – which is another thing to take into account when deciding on your research approach. Finally, if you decide on face-to-face research, consider that different socio-economic levels will not mix in one focus group, with LATAM women especially tending to grow quiet in mixed-gender groups.

Make sure you build trust

It is incredibly important to build trust with Latin American respondents. One of the most important values for the Latin American population is trust – and without trust, you’ll find that information just won’t flow. When it comes to conducting research in this region, mistrust is common and it is highly likely that participants will withhold their personal data post-research, which could be related to the state of insecurity in Latin American countries, so if you want to generate high-quality results in the LATAM market, it’s important to build trust.

For starters, you could repeat several times that you are not looking to sell anything and that you will only contact them when absolutely necessary. At the same time, you should always make sure you answer any questions honestly and try to build a rapport with your participants, which is why it is so helpful to work with a participant recruitment agency who has experience in building rapports with LATAM participants. Where possible, after the research has taken place, you could also name the brand the research is for; if it is a recognisable brand this will also help to build trust.

When conducting research with Latin American countries, it’s also really important to consider the cultural differences and the impact this can have on research. For starters, there’s language and communication to consider. Culturally, the meanings of some words, concepts or ideas change throughout the continent, so it’s important to be aware of these differences. And there are other things to consider, too: whilst it is common in Europe to ask participants for their occupation to understand their purchasing power, in Latin America, this won’t work. Minimum wage is often lower, which means that LATAM occupations equivalent to the Western world will not usually command the same salary. However, you will need to take into consideration inflation in countries such as Argentina and Brazil, which can sometimes reflect on salaries.

You should also be careful what you say and how you say it. For example, whilst we might think it’s pretty standard to ask for people’s bank details, or even how many children they have, in Latin America, these questions are perceived as inappropriate. You also shouldn’t ask people in Latin America how much they earn as this is considered quite offensive and additionally, keep in mind that the upper-class LATAM population will find monetary incentives patronising. Finally, you should also consider cultural differences that could have an impact on the success of your research on the day. For example, punctuality is often a problem in LATAM countries, which means you will need to meticulously manage your research and plan schedules carefully to avoid any hold-ups.

To conclude, when it comes to market research in Latin America it’s impossible to know all of the tricks in the book – which is why it is vital for you to have the support of a partner with expert local knowledge. When conducting market research in LATAM, researchers need to think and act locally, which means embracing the fact that not only are all LATAM countries different, but so are their cultures, languages, internet penetration, mobile adoption rates, and many other things. Working with a participant recruitment agency with an international reach yet local knowledge such as Q2Q Global can really help you smooth out any cultural differences so that you can speak to respondents in a way they understand and ensure the best possible results from your research.

Subscribe to our Newsletter and get industry insights, case studies, latest industry trends and so on.

PrevPreviousWhy improve the user experience for your website?
NextMarket research from the comfort of your home! Four ways mobile ethnography can unlock in-depth insightsNext

We are member of 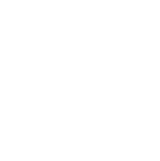 We use cookies on our website to give you the most relevant experience by remembering your preferences and repeat visits. By clicking “Accept”, you consent to the use of ALL the cookies. Read More.
Cookie settingsACCEPT
Manage consent

This website uses cookies to improve your experience while you navigate through the website. Out of these, the cookies that are categorized as necessary are stored on your browser as they are essential for the working of basic functionalities of the website. We also use third-party cookies that help us analyze and understand how you use this website. These cookies will be stored in your browser only with your consent. You also have the option to opt-out of these cookies. But opting out of some of these cookies may affect your browsing experience.
Necessary Always Enabled
Necessary cookies are absolutely essential for the website to function properly. This category only includes cookies that ensures basic functionalities and security features of the website. These cookies do not store any personal information.
Non-necessary
Any cookies that may not be particularly necessary for the website to function and is used specifically to collect user personal data via analytics, ads, other embedded contents are termed as non-necessary cookies. It is mandatory to procure user consent prior to running these cookies on your website.
SAVE & ACCEPT